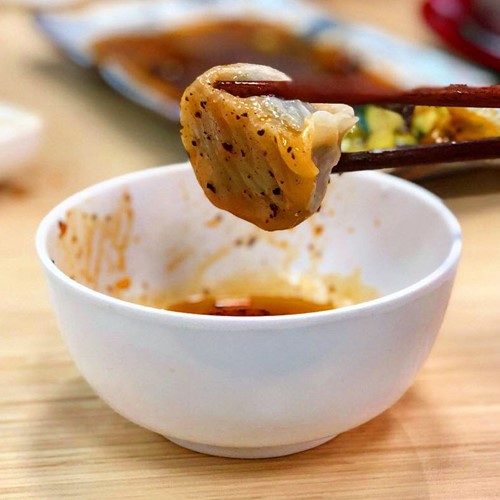 FOR THE DUMPLING DOUGH YOU WILL NEED:

We make our own, but it’s hard to get the dough completely even when you’re rolling it out by hand. If you don’t mind that, then it is fun to have a go yourself.

FOR THE FILLING YOU WILL NEED:

METHOD FOR THE DUMPLING DOUGH :

• Add the salt to the flour in a mixing bowl and slowly add the water, mixing with your free hand.

• Once water is incorporated, tip the dough out onto a clean surface and knead.

• This doesn’t take a lot of work (compared to egg pasta dough).

• Just knead for a few minutes until smooth and slightly springy.

• Place back into a clean bowl and cover with glad-wrap.

• After 30 minutes, flour a clean surface.

• Make sure your hands are clean and dry and divide the dough into 6 even sized balls.

• Make sure you use plenty of flour. You don’t want the dough to stick to the surface. Also, sprinkle some flour over your hands and rolling pin.

• Using rolling pin, evenly roll out one of your 6 dough balls.

• Keep turning over and rotating, to try and get an even roll.

• When the dough just starts to become transparent - about 2 - 3mm thick, it’s good.

• Using a cookie cutter with approx 70mm diameter, cut out your circular rounds.

• Repeat this process with the remaining 5 balls of dough. Keep surfaces well floured!

METHOD FOR THE FILLING:

NOTE: We have a Kitchen Aid Artisan MINI (which has a 'mincer' application). So we bung everything through that.

HOWEVER, it’s super easy to just put everything in a food processor (except the pork mince & peanuts), and blitz until a rough smooth paste has formed.

• Add the blitzed paste with the pork mince & peanuts in a big mixing bowl and munge everything together by hand.

• Once happy with the mixture, you can start forming small balls to add into the centre of your dumpling wrappers.

• IMPORTANT. Before you start, fill a small bowl with water (to act as a sealant to close the dumpling skin).

• Also - have a wee mound of flour that you can pad the bottom of the finished dumpling in - so that they won’t stick to the tray / large plate you put them on before cooking.

• Get your dumpling wrapper and add a large marble sized blob of filling into the centre (you’ll get the hang of the amounts after you've made a few).

• Dip your finger in the water bowl and make a rainbow shaped smear along the edge of the upper semi-circle of the dumpling wrapper.

• Close the bottom of the circular dumpling wrapper up and over the filling, creating a half moon shape.

• Try and make sure there is no air in the meat pocket.

• Make tiny pinches along the sealed edge of the dumpling. A bit like a small cornish pasty. But have fun! Make whatever shapes you want! As long as the dumpling is sealed properly.

• Dunk the largest flattest surface area of the dumpling into the flour pile and set aside on a tray / large plate ready for cooking once you’ve finished all the dumplings.

• Continue the process until approx all 60 dumplings are made.

• We like to steam our dumplings, because if there are any leftovers, you can pan-fry (pot-sticker) them the next day so they get a golden brown crispy side.

• Measure the circumference of the base of the steamer and cut a piece of greaseproof paper roughly the same size.

• Lay the paper on the base of the steamer. Smear with some olive / canola oil (so the dumplings don’t stick).

• Pierce the greaseproof paper with a cocktail stick about 20 times to allow the steam through the paper (to cook the dumplings).

• Place as many dumplings as will comfortably fit in the steamer (you don’t want them touching - or they will stick to each other).

• Place the steamer on top of a large pot of boiling water. Make sure the lid is securely fitted on top of the steamer.

• Serve with some chilli oil & soy sauce for dipping. 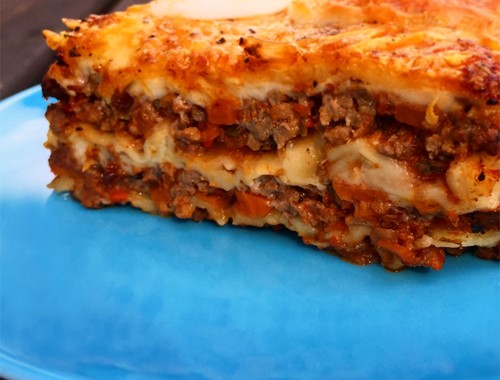 My My Pad Thai 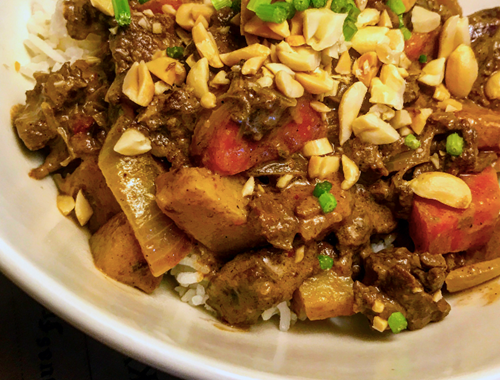 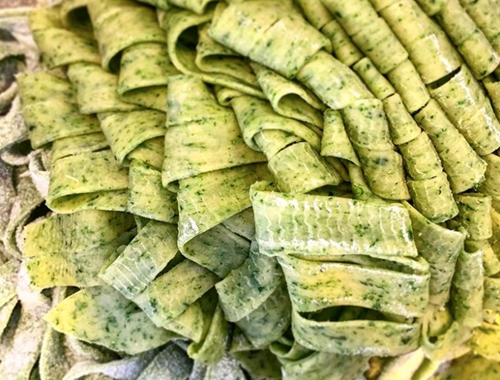 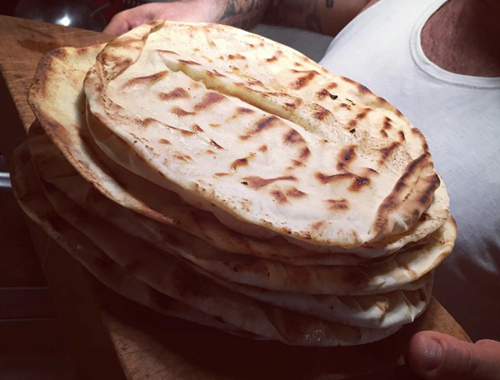 Find out more
Back to recipes